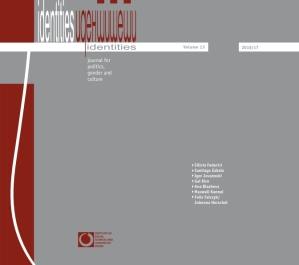 The following investigation examines the ontological concept of identity through the perspectives of several contemporary European philosophers, specifically attending to the critique of binary thinking contained within their critical conceptions of identity. Although poststructuralist discourse has long rejected simplistic either/or thinking about identity, few sustained attempts have been made to understand exactly what role distinctions between-two play in the process of individuation. In response to this need, the following study reviews several existing perspectives on ontological identity (Ricoeur, Düttmann, Adorno, Kolozova, Zupančič, and Rosset), and provides its own, all in order to suggest that the individuation of identities is radically dependent upon the Two.

Maxwell Kennel is a SSHRC Postdoctoral Fellow in the Department for the Study of Religion at the University of Toronto. View all posts by Max